A while ago I spent a couple weeks travelling through Cambodia and Singapore. One adventure I was particularly excited about was the opportunity to participate in a Cambodian Cooking class in Phnom Penh, called Frizz.

I was enthralled as the chef took us to a local outdoor market where we purchased fish, lemongrass, ginger, taro root, and other ingredients. It was hot, dark, humid, and cramped as we navigated through the little vendor stands, but well worth the effort when we left with the bounty of deliciously fresh ingredients. 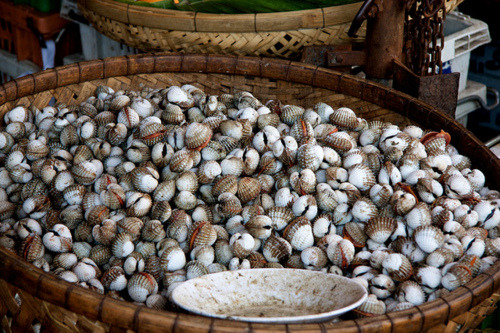 We learned how to make a curry dish (called Amok) from scratch, using ingredients such as ginger, lemongrass, galangal and lime. 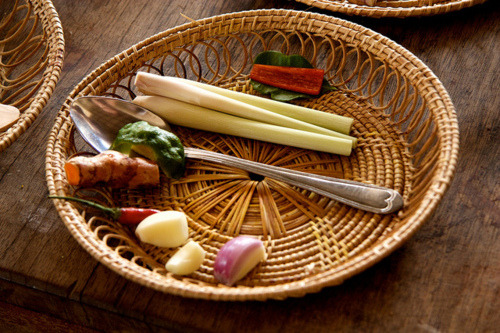 All of these ingredients were placed in an apparatus resembling a giant mortar and pestle, and we pounded the ingredients until they formed a smooth, creamy paste. After steaming the Fish Amok in banana leaves for a little while, what we ended up with was sheer Khmer deliciousness. 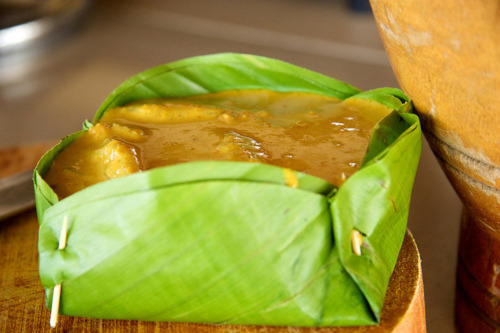 Although Cambodians experienced one of the worst genocides in human history (which, surprising to me, only happened 30 years ago), I was consistently impressed with their upbeat, positive attitudes. They revel in the little things in life, and cooking is one of those things. I’m not sure when (or if) I’ll ever make it back to Cambodia, but I would love to have the opportunity to spend more time with these kind-hearted people and learn more about their cuisine and culture.