Is this thing on? The long national tragedy is over. I remembered my login to this blog and actually went out somewhere to eat so I have something to write about for the first time since October of last year. If I’m being truthful, it’s because interests have shifted to things other than food, and I’m still trying to figure out where food blogging even fits in any more.

But when I find something truly exciting and remarkable, I’ll be sure to post it here.

Onwards. We spent a really nice weekend up at Deer Valley, and while my spouse and I didn’t spend more than $50 for any given meal (because we’re cheap and I believe in the law of diminishing returns when it comes to food), I wanted to share with you some great food spots that we really enjoyed.

First stop: Sammy’s Bistro. I will admit that I never heard of this place before Guy Douchieri stopped by to feature them on his show. We stopped by on a Friday night on our way up from Salt Lake, and the place was busy, but not packed. Service was great and very friendly. I went with the cumin lime Mahi Mahi tacos, which were topped with a nice slaw as well as a chilled mango salsa. I guess from the description I was hoping for a little bit more bang, but while the tacos were cooked perfectly, I found myself reaching for the Cholula to kick the flavor up a bit. But overall, a very good dish. We finished the meal off with a really nice pecan caramel bread pudding, topped with vanilla ice cream, which was just as rich and moist as you would expect. Why do people hate the word moist so much? Moist. moist. Sammy’s is a great little place for a meal, and the menu is full of delicious sounding items at very reasonable prices. My tacos were $14 and the bread pudding with ice cream was probably around $8.50 or so. I’ll be back to check out the NY Strip Sandwich, and the Savory Chicken Bowl With Rice, which I believe was featured on Guy’s show.

Next stop: lunch at Vinto. Vinto is one of my favorites in SLC, and it’s no surprise it’s one of my favorites in PC. The PC shop is located at the very bottom of Main Street, which makes parking a little bit tricky. I had the daily special of fettuccine with roasted corn, mozzarella, basil, and sea salt. And while the pasta was cooked to perfection, the dish as a whole was a bit bland. My wife’s choice of fettuccine with mushrooms and artichokes was spectacular, and will be my dish of choice the next time we go. Service was ok, but we seemed to be forgotten a bit by our server who had his hands full with larger tables in addition to ours. Our starter dish of asparagus arrived at the same time as our entrees, so we had the privilege of choosing whether we let our main go cold, or the app. A diet coke that was ordered never materialized, and by the time the server checked in halfway through the meal, we just skipped it. But Vinto is like Tom Hanks. Even though he has his flops from time to time, you just love the guy and keep coming back to him because when it’s right, it’s just right. And finally, we stopped at the brand spanking new Bird & Barley. While we were at Sammy’s Bistro, our server asked if we had heard about Sammy’s new restaurant five doors down, Bird & Barley. We had not, and she encouraged us to check it out, as they only opened a couple days before. Bird & Barley focuses on fried chicken and beer (I’ll leave it to you super sleuths to figure out which refers to which). And while they have their liquor license, they’re waiting to get their taps and lines installed, which they think will happen soon. B & B will offer some private-label beers, which Sammy the owner developed in conjunction with Wasatch, such as jalapeño cream and other beer that I can’t remember because I don’t really pay attention to beer. But jalapeño cream sounded intriguing. You can order a “plate” meal for $10, which comes with either rotisserie chicken, fried chicken, or baby back ribs. You then get to choose two sides among the selection of mac and cheese, green beans, broccoli slaw, mashed potatoes, fries, roasted beets (why would you pay to eat these?), corn on the cob, or sweet potato fries. I went with the fried chicken, which was as perfect as you can get fried chicken. Nicely crisp, with their own special mix of rosemary and just the right amount of spice in the breading. Just what you would expect from a restaurant specializing in fried chicken. Other selections are a variety of salads (pear and beet, chopped Caesar, or quinoa. The also offer a crab cake Po’ Boy and a Hawaiian Grilled Chicken sandwich, which was really tasty. 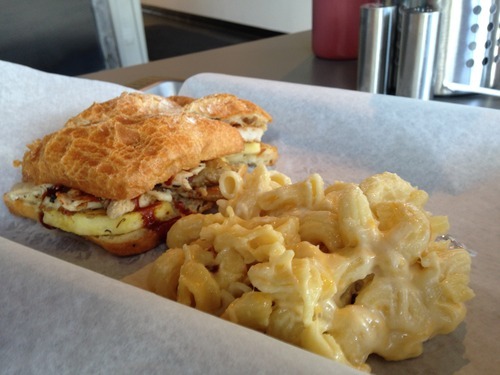 Sadly, our sides of mac and cheese and mashed potatoes arrived maybe not even at room temperature, but once we made it known to the manager, he was quick to get two new sides fired and brought them out piping hot. So kudos for resolving this issue so quickly.

Park City is always in desperate need for quality food in the $10-$20 range, and B&B is a very welcome addition to the PC dining scene. 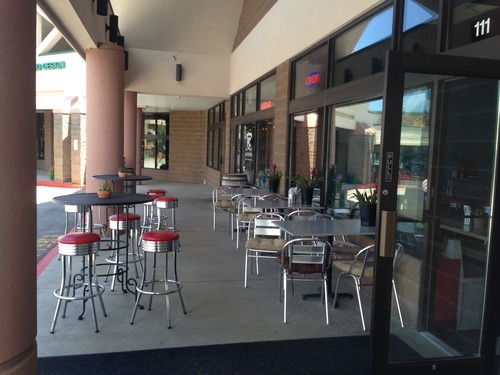 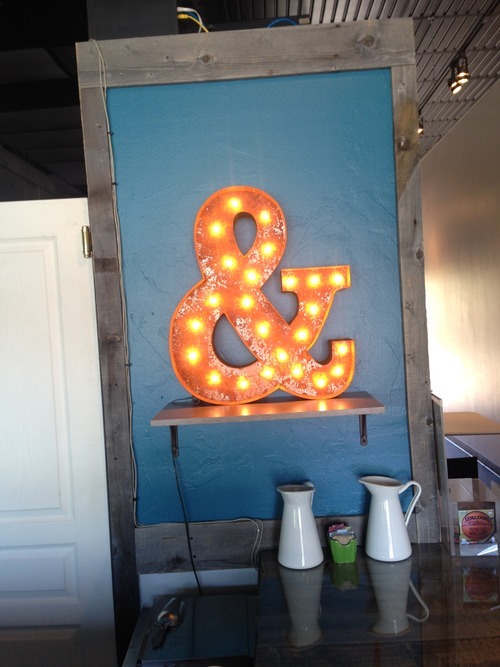