From a recent press release:

In its ongoing effort to transform itself into a social and entertainment hub distilling all the best that downtown Salt Lake City has to offer, The Gateway has announced that they’re adding MidiCi, The Neapolitan Pizza Company, to its growing tenant roster.

“We’re so in love with everything MidiCi is about,” says Jenny Cushing, Vice President of Leasing at Vestar. “They put people at the center of what they do, and they’re particular about their food quality, service, affordability and the kind of atmosphere and experience they want to create. And that’s hand-in-hand with what we’re trying to create here at The Gateway. This is just the start.”

MidiCi has made a name for itself by offering authentic Neapolitan thin crust pizza, baked in handmade wood-fired ovens imported from Italy—right in the center of its restaurants—so that patrons can see exactly what goes into everything they make. From an extensive menu full of fresh and natural ingredients to a robust wine, beer, dessert and espresso selection, it’s all part of an authenticity and care that they bring to everything they offer.

“We like to create a place where people can put down their phones and enjoy the moment that they’re in,” says Amit Kleinberger, CEO of MidiCi. “And that’s why we’re so excited to be a part of the resurgence at The Gateway—because they’re building the kind of place where people can come and just enjoy themselves, and be present to the moment. This is a really exciting step for MidiCi, and we’re excited to play a role in what The Gateway is becoming.”

MidiCi will be opening in late 2017 as part of The Gateway’s new “restaurant row,” on the south end of the property.

Taking another big step toward establishing itself as a social, community-oriented downtown hotspot, The Gateway is kicking off a Gospel Brunch starting Sunday, April 9. The Gateway’s Gospel Brunch, held at the Grand Hall every other Sunday from 10 a.m. to 1 p.m., will feature a Bloody Mary bar by Tito’s Handmade Vodka and music by the Debra Bonner Unity Gospel Choir, a performance group that tours the country. Local favorite Cubby’s Chicago Beef will offer their new unique spicy-beef-and-garden-fresh breakfast items, with beverages provided by 3 Cups Coffee. Future dates are April 23, May 7 and 21, 2017.

Tickets are $19 each for brunch and an additional $6 for two drinks at the Bloody Mary bar, with additional drink tickets at $3 each. Proceeds will benefit Downtown SLC Presents, a local non-profit dedicated to promoting cultural and artistic experiences in downtown Salt Lake City. http://bit.ly/gospelbrunchgateway.

“Salt Lake City has a really cool food scene, so we wanted to do something different, with a lot more soul,” says Edie Trott, marketing manager at The Gateway. “We wanted to fill up Sundays with as much life as we could, so getting a gospel brunch together felt like a great way to kick it off.”

In addition to the brunch, The Gateway will also be hosting a series of free events starting in May, including yoga on Sundays, a concert series on Thursdays and a family movie night on Fridays. The Gospel Brunch marks another step in The Gateway’s ongoing initiatives to both revitalize itself and establish itself as cultural hub.

“We’re seeing so much momentum around The Gateway right now,” says Jason Mathis, executive director at Downtown Alliance. “As they continue their re-brand, they’re adding a lot more to their programming, and we’re excited to see what the summer holds for them. The gospel brunch is something we’ve been excited about for a while, and a big step for downtown Salt Lake City.” 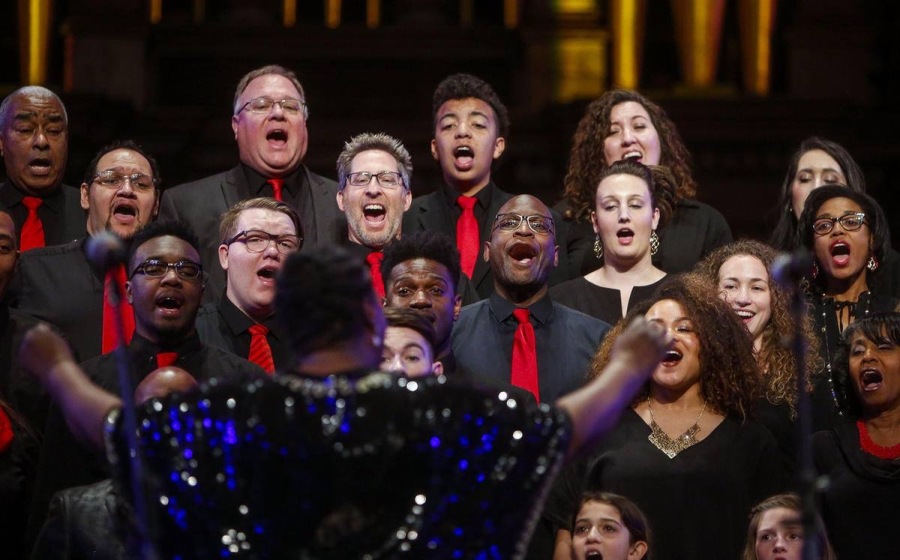